On May 13, 2020, Labster Tami Schneider successfully defended her dissertation, “No Holobiont is an Island: An Ecological Perspective on Immunity and Individuality.” Tami will be starting a postdoc at The Cohn Institute for the History of Science and Ideas at Tel Aviv University. Congratulations, Dr. Schneider!

Labster Tami Schneider’s paper “Microbial activities are dependent on background conditions” has been published in Biology and Philosophy (online here).

On January 28, 2020, Labsters Andrés Barragán, Natasha Haddal,  Denise Hossom, and Roberta Millstein took a field trip to the beautiful Full Belly Farm, whose founders graciously gave us a tour, fed us a delicious lunch, and answered our philosopher-questions.  It was an opportunity to see an organic farm in operation and appreciate first hand what it takes to run a sustainable farm that also protects the environment. 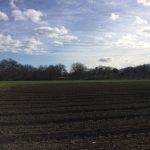 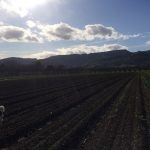 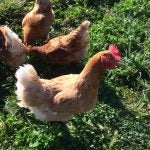 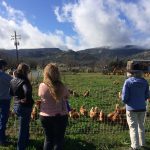 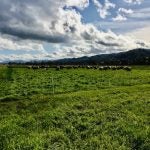 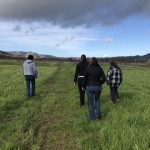 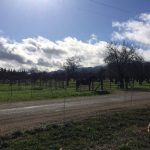 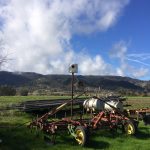 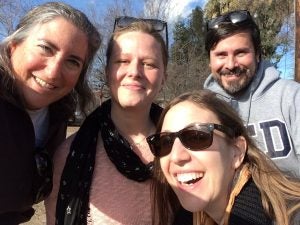 On December 10, 2019, Labster M.A. Hunter successfully defended his dissertation, “An Instrumentalist Account of Race and Its Applicability to the Empirical Sciences.” Congratulations, Dr. Hunter!

Labster Tami Schneider’s paper “Can We Talk About Feminist Epistemic Values Beyond Gender? Lessons from the Microbiome Study” has been accepted for publication in Biological Theory.

Rick won the Marjorie Grene Prize, which is “awarded every two years for the best manuscript based on a presentation at one of the two previous ISHPSSB meetings by someone who was, at the time of presentation, a graduate student.” Majorie Grene, it should be noted, was Professor in UCD’s Philosophy Department from 1965 to 1978, and this is the second time a Labster has won the Prize (scroll down to see photo of Jun Otsuka below).

Labster Denise Hossom won an award for her presentation at the annual meeting of the Pacific Division of the American Association for the Advancement of Science (AAAS), held at Southern Oregon University in June 2019. Labster Emerita Sarah Roe and Labster Roberta Millstein presented their work at the conference as well.

On May 29, 2019, Labster Shawn Miller successfully defended his dissertation, “Efficiency Is a Ratio: On the Character of Electronic Digital Computers.” Congratulations, Dr. Miller!

The Lab was pleased to welcome Sally Haslanger as a visitor in May 2019, on the occasion of her Shreffrin Lecture to the University.

Labster Rick Morris’s paper, “Stranger in a strange land: an optimal-environments account of evolutionary mismatch,” has been accepted for publication in Synthese.

Labster Arieh Schwartz’s paper, “Memory and Disjunctivism,” has been accepted for publication in Essays in Philosophy, Vol. 19 (2). In Fall 2018, he’ll be a Visiting Scholar at the Center for Cognitive Studies at Tufts, where he plans to work with Daniel Dennett.

Even better: for their oral presentations to the History and Philosophy of Science Section of the Pacific Division of the American Association of the Advancement of Science, Geer, Schneider, and Schwartz were  awarded Honorable Mentions,  Morris was awarded Second Place, and Hossom was awarded First Place and the Association-wide Presidential Award. Congratulations to all for their excellent papers at the conference! The UCD Phil Bio Lab really represented!

Labster M.A Hunter had a very successful March-June 2018 ! In this short period of time, Hunter was appointed Visiting PhD Candidate at the Centre for Philosophy of the Natural and Social Sciences (CPNSS) at the London School of Economics (LSE) for the 2018-19 academic year; awarded the American Philosophical Association (APA) Allocation Grant, “Diversity and Inclusivity Survey of Graduate Students in Philosophy, Past and Present,” which was co-authored with C.D. Jennings (UC Merced); awarded the Graduate Students of Color Summer Research Grant; authored the UC Davis Diversity, Inclusion, and Innovation Grant (DIIG) for the project “Drawing a better MAP – Expanding the boundaries of philosophy”; organized the PSA-MAP 2018 Cognate session, “Philosophy of the Biomedical Sciences”; and presented “Racial Populations and Epidemiological Interventions: two new issues and a novel solution” at the Philosophy of Medicine Meets Social Epistemology Workshop at Leibniz Universität Hannover.

On May 20, 2018, Labsters Tami Scheider and Arieh Schwartz both successfully defended their prospectuses! The Lab is happy to have two new ABDs.

Labster Arieh Schwartz presented “Memory and Disjunctivism” at the Berkeley Stanford Davis Graduate Student Conference (BSD): at Stanford in May 2018.

Labster Tami Schneider gave an invited presentation, “Interactions within the Holobiont: On the Holobiont’s Interactions of its Microorganisms” at the annual meeting of the Central Division of the American Philosophical Association (APA Central) in February 2018. Two Labsters went overseas in November 2017: Denise Hossom presented “Aldo Leopold and the Ethics of Care: Approaching ‘The Land Ethic’ through a Feminist Framework” at the The Irish Philosophical Society’s Annual Conference, this year focused on “Humans and Other Animals,” and Tami Schneider presented “Interactions within the holobiont: on the holobiont’s interactions of its microorganisms” at the Interdisciplinary Workshop on Holobionts at the University of Bordeaux.

The Lab had its typically fine showing at the 2017 meeting of the International Society for the History, Philosophy, and Social Studies of Biology (ISHPSSB, aka Ishkabibble), held in São Paulo, Brazil in July 2017.  Giving papers were Labsters Andrés Barragán, Scott Cole, Jim Griesemer, Denise Hossom, Rick Morris, and Tami Schneider, as well as Labster Emerita Sarah Roe.

Labsters Rick Morris and Roberta Millstein and Labster Emerita Sarah Roe presented at the American Association for the Advancement of Science (AAAS) Pacific Division meeting in Waimea, Hawaii, in June 2017.  They were joined by UCD Philosophy colleagues Zoe Drayson and Tina Rulli.

Labster M.A Hunter presented “Germ-line or Somatic mutations? The pitfalls and concerns for deleting and replacing the concept of race in human genetics” at the “Can Science Be Decolonized?” Conference at King’s College London (KCL) in March 2017.

The Lab is pleased to welcome two new members for 2016-2017, Tiernan Armstrong-Ingram and Denise Hossom (really already a Labster, but now as a graduate student).

The Lab is pleased to welcome two new members for 2015-2016, Scott Cole and Tami Schneider!

The Lab had a fine showing at Ishkabibble‘s biennial meeting in Montreal, July 2015, with presentations from the following Labsters and recent Labsters: Jim Griesemer, Shawn Miller, Roberta Millstein, Rick Morris, Jason Oakes, Jun Otsuka, and Sarah Roe. Jun Otsuka won the prestigious Marjorie Grene prize for best manuscript based on a presentation at one of the two previous ISHPSSB meetings, by someone who was a graduate student at the time of presentation, for his paper “Using Causal Models to Integrate Proximate and Ultimate Causation.” Congratulations, Jun! Labster Emeritus Bert Baumgaertner, who is now an assistant professor of philosophy at the University of Idaho, is one of the co-principal investigators on a nearly $10.6 million grant from the National Institutes of Health (NIH).

Labster Jim Griesemer’s paper on David Wake’s contribution to evo-devo is the featured publication in the Museum of Vertebrate Zoology Newsletter for February 2015.

Former Labster Mike Trestman has a new job. — Mike Trestman has been adding to his skill set beyond philosophy at Dev Bootcamp in San Francisco and now has a full time job as a developer/technical writer at Pivotal. Mike says “Basically my job will be to explain really complicated stuff, so it’s not that different than philosophy.”

Labster Roberta Millstein has two articles — Thinking About Populations and Races in Time and Re-examining the Darwinian Basis for Aldo Leopold’s Land Ethic — and an OUP handbook chapter — Probability in Biology: The Case of Fitness — forthcoming.

Labster Shawn Miller will be presenting a paper entitled “Can You Help Me Fold This? Proteins, Computer Architecture, and Citizen Science” at the International Society for the History, Philosophy, and Social Studies of Biology conference in July. See the abstract here.

Labster M.A. Hunter presented “Philosophers Behaving Badly: The Systemic Failures of ‘Experimental Philosophy’ and What Can Be Done to Salvage It ” at the APA Central, St. Louis, MO, Feb 2015.

Labster Jun Otsuka has a new position as an Associate Professor at Kobe University, beginning April 2015.  We are happy to see Jun so well placed but he will be missed.

On 7 July 2014, Labster Sarah Roe successfully defended her dissertation, “The Salmon-Roe Approach to Mechanistic Explanations.” The Lab bids a fond farewell to Sarah as she heads off to her tenure-track position at Southern Connecticut State University.

In February 2014, Labster M.A. Hunter’s paper, “Populations, Individuals, and Biological Race,” and his session, “Population Concepts and Race,” were accepted for presentation at the biennial conference of the Philosophy of Science Association (Chicago, November 2014).

In May 2013, Labster Sarah Roe had a paper accepted at the APA Eastern.

On 1 May 2013, Labster Bert Baumgaertner successfully defended his dissertation. The Lab bids a fond farewell to Bert as he heads off to his tenure-track position at the University of Idaho.

In Fall 2011, Tyrus Fisher and Shawn Miller joined the Lab.